It’s still a mystery to me why 10 pounds is the benchmark for many fresh-water fish in terms of angling accolades. My best guess is that it is a hangover from the imperial yardstick. Nonetheless, this aspiration still drives my journey to rivers and lakes with a fly rod in hand.

Everyone starts off just wanting to catch a single fish. But the nature of the beast is that the desire for more and bigger develops. This is the cycle of every fishing excursion and the urge to prove whose is the biggest would surely not be lost on any budding shrink.Of the many great target species in the rivers of Africa, tigers rank as my firm favourite, not just because of all their sport-fishing attributes, but the environment in which anglers hunt these prize fighters. This turbulent year allowed me to visit three great destinations in pursuit of a tiger worthy of bragging rights.
My first excursion was to join Robin Pieterson and Danie Pienaar in the Kruger Park to film the pioneering research programme with Dr Gordon O’Brien. The task was to catch tigers for acoustic tagging to monitor migratory behaviour. Little skill is required to catch a tiger in the Sabie River, considering the zero rod pressure and abundance of fish. But to catch a 10-pound specimen is a challenge!

Population dynamics ensure that only a few fish reach such maturity and every ravenous tiglet in the vicinity was beating the larger females to the punch, much to both my enjoyment and frustration. Cast for cast, the action was incredible, but days later and numerous fish in that 5-7 lbs. category, I had yet to crack double digits.

Front of mind was why we had been invited, which wasn’t for personal gratification – but even the phenomenal wildlife around every corner couldn’t dislodge the nagging irritation at being thwarted.

Eventually the realisation dawned that fish get to trophy size for a reason. As despondent as I was, the wilderness I was fishing in was the real privilege. Accepting the bigger picture with humility, I saw a fish break the surface while we were walking back to camp. My cast was automatic. You’re never calm or collected when a big fish smashes your fly as it hits the water and my reaction telegraphed my panic to all!

In a confined channel it challenged every ounce of my patience, until the nerve-wracking ordeal ended with the striped beast in my net. Relief gave way to hollering celebrations and eventual thanks to our hosts for truly my finest tiger experience of a lifetime. 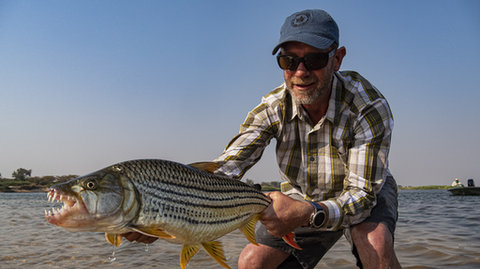 Months later we were invited to Matoya lodge in Barotseland, where double digits are guaranteed, to the extent that 20 lbs. are the new benchmark. “My Vissermanvriend”, Rhuan Human proved this by opening his account with a 12 lb. tiger in his first session.

Fishing with partner in grime, Jeremy Rochester, I saw the wee beasties lurking. He snapped a fly line on a big fish and then had his 20 lb. trace wire sliced through by another.

Even lures, thrown with precision by Craig Thomasson didn’t deliver the renowned Barotse Express, with Tommo resorting to live bait for the result.

Squeezing in a last two-hour session in the morning had my resigned last cast at a tree stump surprisingly answered. The fight wasn’t a fair contest, as I didn’t give an inch of line, my overweighted tippet ensuring that what stuck was going to be landed.

Another 10 lb. tiger on my very last cast of the trip! 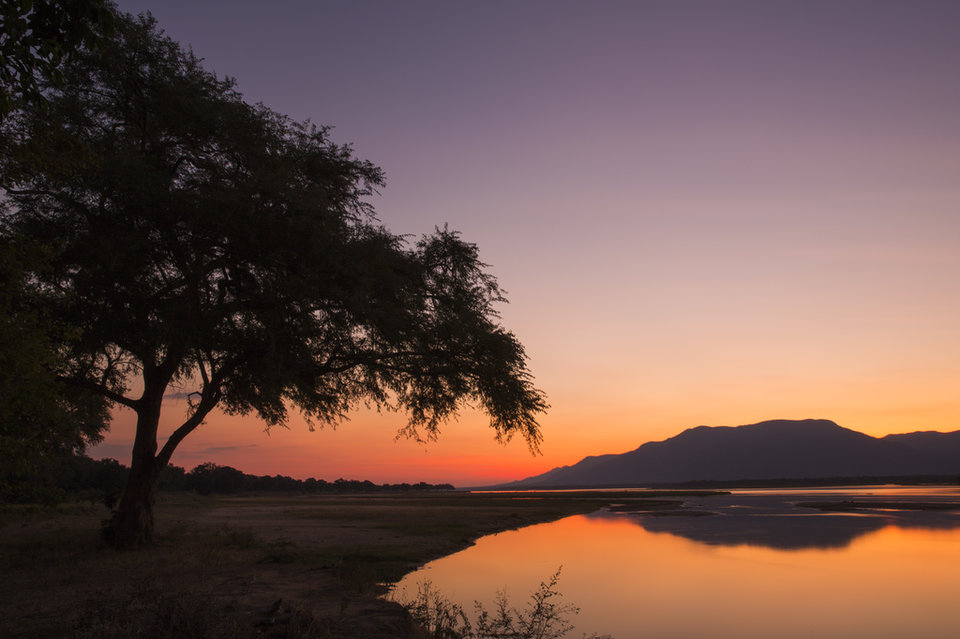 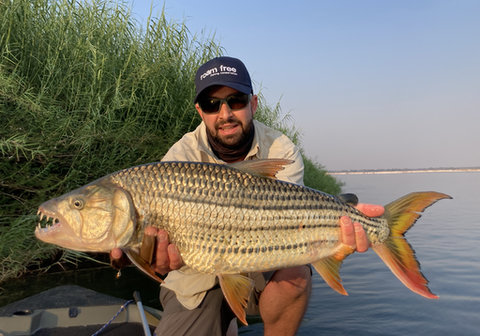 Then there was the Lower Zambezi a few months later. Water levels were unprecedented, drowning the sandbanks ordinarily found here. Dirty water added insult to injury. Only the magnificent base of Baine’s River Camp with its specular wildlife provided some perspective.

Scotty Brown, the man behind Baine’s proved that both bait and jigs soon uncovered the fish, with multiple tigers eclipsing the 10 lb. mark each day.

But the watercolour had me praying for that proverbial blind squirrel to stumble upon my nut. I spent an irritating amount of time watching my line racing downstream with nothing to show for it. 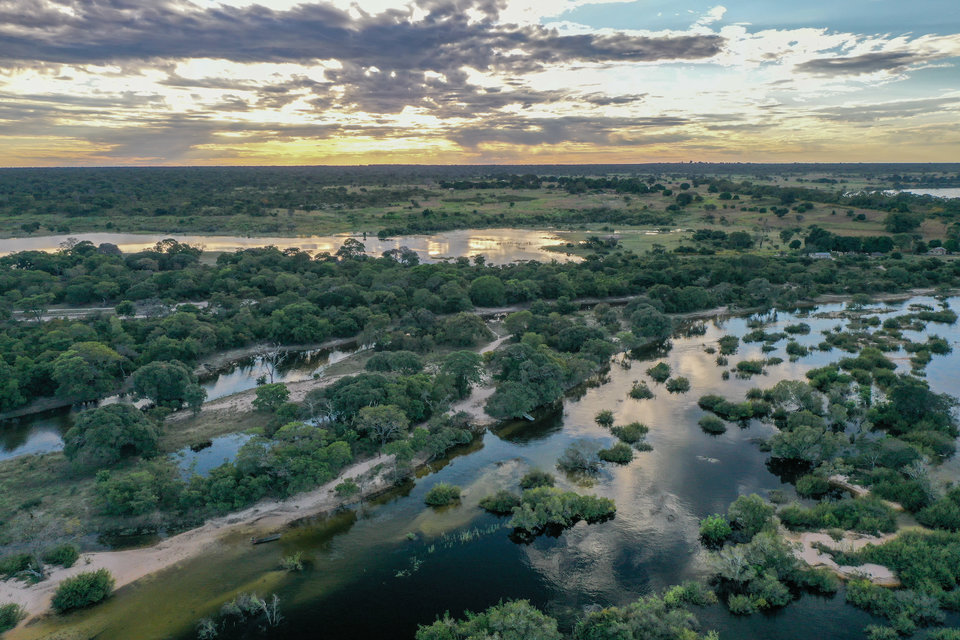 I’ve never been a patient man, but my last two tiger outings had drummed in some degree of stoicism, which gave me a glimmer of hope for the last session. Eight hours later I had the towel ready to throw in, ready for an icy cold brew for solace.Nothing sharpens your focus more than fly line searing through your hand! Momentary chaos, which autopilot fortunately rectified through an instinctive line strike. The ensuing colourful exclamation from the skipper following the jump solidified my initial assessment of a good fish on. That’s when my rod tip decided to follow the fish.
No quarter was given, so there was nervous silence as I worked the tiger to the boat. A final jump … which almost saw the fish land directly in the net.By some miracle, a 10 lb. tiger had found my fly on my last cast. The third such fluke in a year! I can’t confess to being a man of faith, but I believe in persistence paying off – and in every cast counting, especially the last one!
Tweet
Share
Share
Pin
0 Shares