In economics, the multiplier effect is when a specific financial input leads to a much greater effect experienced downstream. The hope is that the same can be done with eco- and environmental campaigns.

What does a funky, architect-designed bench have to do with cigarette butts? Other than that you sit your butt down on the bench, that is! Perhaps more than anyone might realise.An eco-conscious South African duo, Ursula van Eck and Santie Gouws, have joined forces to harness an abundant “raw material” in the form of cigarette butts to incorporate in their sit benches and concrete cigarette butt bins.

The figures are astronomical: according to a National Geographic article on the topic of cigarette butts, the number of cigarettes sold and smoked annually is in the trillions – 6.5 trillion, give or take a few million.

The harmful effects of the remnants of unsmoked tobacco clinging to the filter are well documented. Neonicotinoids are poisonous to insects and wildlife, killing bees and fish, for example. Even just one cigarette but in a litre of water is toxic to fish and marine life.

The bigger problem is that of the filters themselves. It can take up to 10 years for a single cigarette butt to break down – yet even when it breaks down it’s still dangerous because it never fully bio-degrades; it breaks down into micro-plastics. That’s because the filter is cellulose acetate – essentially plastic.Research has found that around 65% of all cigarette ends are simply flicked away or ground underfoot with little thought about the consequences of that simple action. A large number of those butts then make it into storm water drains, rivers and ultimately the ocean. Just 35% of them make it into the waste stream! 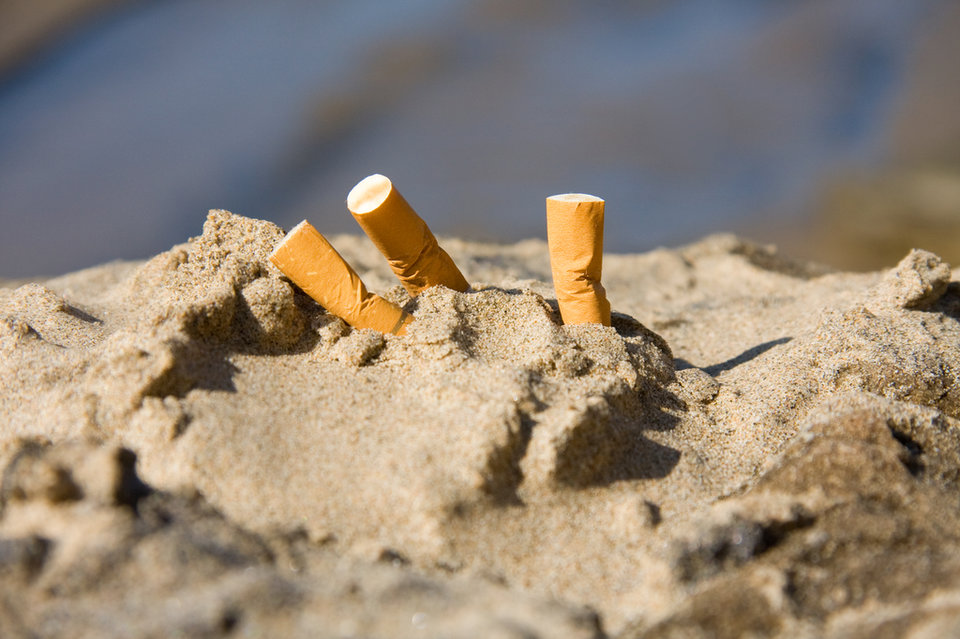 Ursula van Eck and Santie Gouws are two women who started ocean-i™, a commercial organisation with an activist arm, dedicated to cleaning up waterways and the ocean. In 2020 they were active in the Blue Downs community in Cape Town. “Through our social enterprise, Sunshine Cleaning, we inspired 120 volunteers from the Blue Downs community – together with like-minded commercial partners – to work together and prevent approximately two tons of plastic and other waste from entering the ocean,” their website www.ocean-i.africa states.
The canal runs into the Eerste River at Macassar – and from there into False Bay. A sad reality is that this little body of water has been identified by The Ocean Clean-up as one of the world’s 1000 most plastic polluted canal/river systems on the planet!

(The Ocean Clean-up is a non-profit engineering environmental organisation based in the Netherlands, that develops technology to extract plastic pollution from the oceans and intercept it in rivers before it can reach the sea. Its headline grabbing project is cleaning up the Great Atlantic Garbage Patch – but their smaller, less flamboyant interceptors are deployed on rivers and might well be more effective. These machines are located on some of the world’s worst, most polluted rivers, stopping garbage from even flowing into the sea! The organisation believes it can be effective in stopping 80% of rubbish entering the sea.) 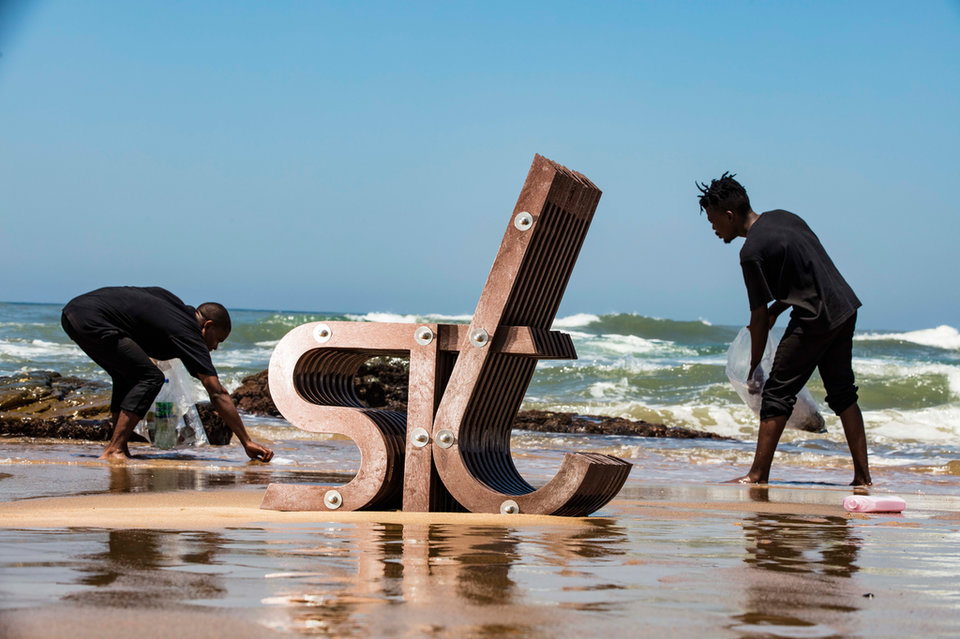 Both Van Eck and Gouws realised that doing periodic clean ups of rivers, streams, canals or beaches is a long way from solving the problem. It’s the proverbial Band-Aid over a symptom rather than addressing the actual cause. Getting to source and keeping plastic waste from becoming a bigger problem is their aim.

Ursula van Eck is a chartered accountant with 25 years experience in business while Santie Gouws is an engineer, having attained her Masters in Civil Engineering at Stellenbosch University, specifically with a focus on structures and materials.

Putting their heads together lead to the two women finding a practical use for discarded cigarette butts; essentially having them processed with other mixed waste plastics to use as raw material in their “sit” benches and concrete cigarette butt bins. The funky recycled material chair was designed by architect Pieter Mathews and launched at Cape Town’s V&A waterfront in February this year. The cigarette butts are processed by CRDC Global (http://crdc.global/) with other mixed contaminated plastic, into Resin8, a concrete modifier that substitutes the use of sand in concrete, with recycled plastics. This is added to the concrete mix when manufacturing the benches and bins. Once assembled, the pieces spell the word “sit” in profile!

The bench – in both plastic and concrete – is available for sale off the duo’s website. Their aim is multi-faceted: to use up cigarette butts and plastic, to employ people to manufacture the chairs and benches and to also raise funds which can be utilised in further environmental campaigns.

“Through integrating the product value chain – from raw material sourcing and processing to design and manufacture – we offer innovative designer urban furniture of the highest quality, each with maximum ocean-impact,” their website states.

So the multiplier effect is in full force. By supporting the initiative, by buying a chair or bench, individuals and companies are making a small difference, taking something out of the potential litter stream. Enough people doing small actions like this, when multiplied, can have a significant outcome or effect.