Frommel is an Afrikaans word that directly translates to “crumple”. It’s an expression Indian Ocean atoll fishing guides use when a client folds or crumples under pressure, botching the chance of landing a fish.“Frommeling” is part of the experience: everyone does it – even the most chilled fishermen with the t-shirt from having “been there and done that”. They too have tales of an epic frommel. It happens when a sudden adrenalin rush courses through your body and coolness and calm depart, turning you into an overzealous, stumbling buffoon, casting high-velocity projectiles at tailing fish. Everyone frommels …

Shallow saltwater flats are where fly anglers frommel most. It’s tough to maintain composure when a trophy fish, the kind that makes you Instagram famous, appears in casting range and your guide starts barking instructions. It’s what makes sight fishing on the flats so damn exciting! You have to fluff a few shots to appreciate the fish when you finally land it. With every fish you miss, you learn a lesson. 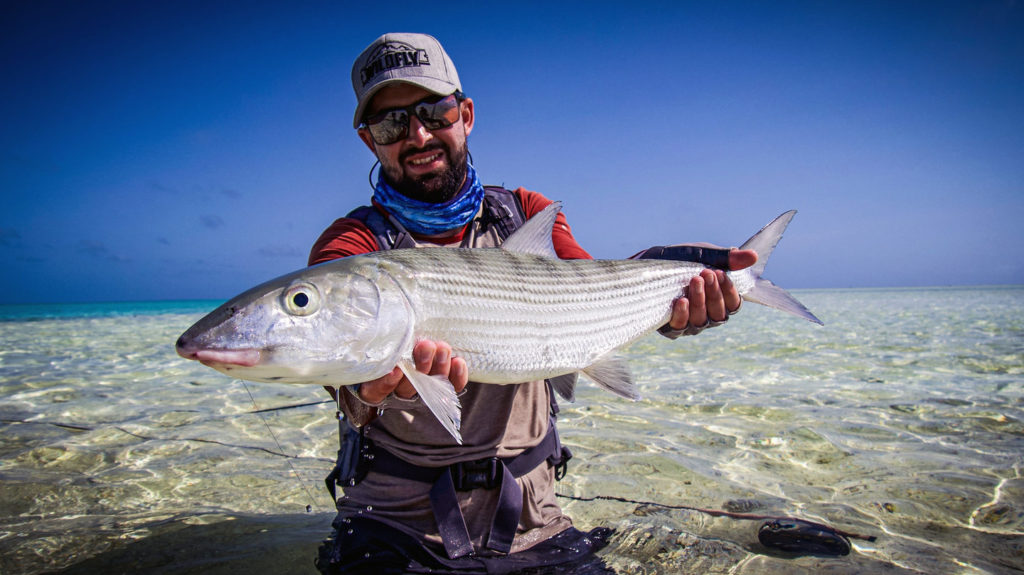 On a trip to St Brandon’s atoll with the FlyCastaway crew, I had my fair share of “frommels”. It’s not every day you stand 40 feet away from the holy grail of fly fishing in ankle-deep water with his golden sickle waving in the air. Honestly, the moment might have been a little too big for me: when I eventually found my groove, followed the advice of the skilled guides, and put the right casts in to get the fish to react, the fish would turn at the last second or just refuse to eat the fly … It was frustrating and will haunt me until I can settle the score.

What the frommels did was prepare me for some of the best shallow water sight fishing I’ve ever experienced. Halfway through our trip, the weather changed. The usual strong winds guides and anglers expect from St Brandon’s disappeared, and three days of flat calm settled over the atoll. We waded in water barely covering our boots and spotting tails 100m out. The bonefish were swimming single and tailing hard on yellow flat on the pushing tide – the stuff of saltwater fly fishing dreams. 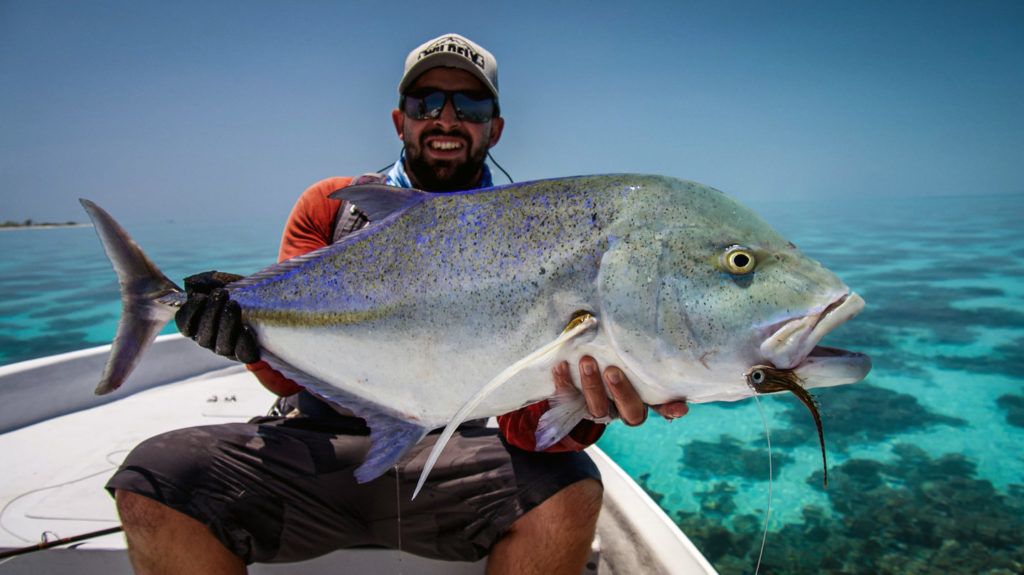 Because of the calm, the bonefish were on high alert and we couldn’t get too close. It called for some long shots and pinpoint accuracy – but luckily, we’d had lots of casting practice. When the bonefish are tailing hard with their heads down, you have to present the fly as close as possible for them to pick it up. Leading the fish and having them swim on to the fly simply won’t do the trick. Sight fishing nirvana – that’s what those three days of flat calm conditions on St Brandon’s were. 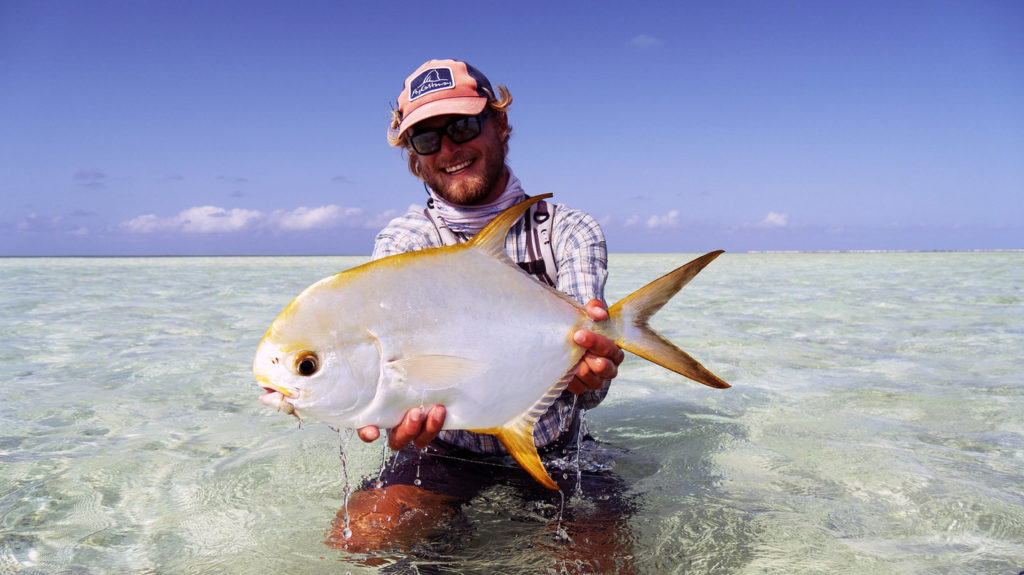 The giant predators circling this atoll account for a fair share of “frommels” themselves, mainly because they don’t appear as often as on other atolls but when they do appear, they are usually large … buckling the knees of even the most seasoned anglers! Unfortunately, I didn’t get a clear shot at one of the infamous St B’s Giant Trevally (GT) but I did bump into a monster Bluefin cruising around a coral flat that could have easily been a GT. At a fork length of 87cm it was one of larger specimens I’ve encountered and gave my 12-weight rig a good run for its money.

As far as world-class saltwater fly fishing destinations go, St Brandon’s ticks all the boxes: just the right mix of remoteness, tropical allure, and trophy specimens that satisfy well-travelled rod wielders. Yes, you’ll frommel, and yes you might get frustrated – maybe even shed a tear – but you will catch a trophy and be proud to post it on the “gram”.