It all began more than 30 years ago when mining magnate Graham Beck bought a farm in Robertson. Beck, who died in July 2010 in his eighties, was the proverbial rough diamond; a Cape-born man who had attended the University of Cape Town and then made his fortune – a literal fortune – in coal mining. But he then diversified his interests and one of the areas he got into was wine.

Beck bought the farm subsequently named Madeba, in 1983. As a keen racing enthusiast and horse breeder he was impressed by the limestone-rich soils of the area. As good as those soils are for grazing horses, they’re also good for chardonnay – especially when chardonnay is used for sparkling wine. 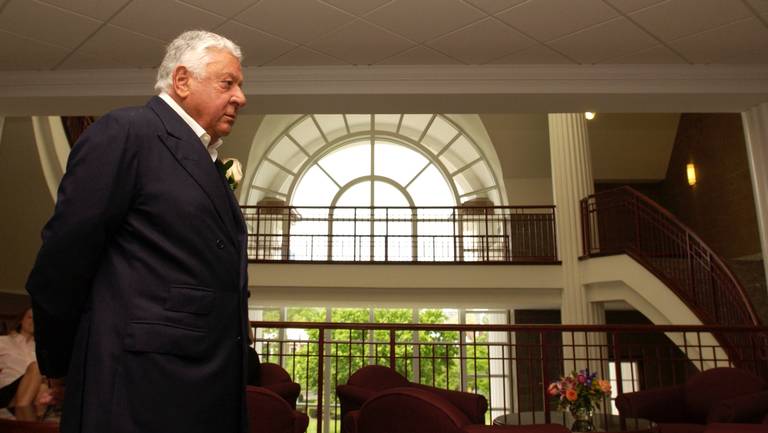 Hired in 1990, Pieter Ferreira is one of the country’s leading bubbly specialists. And he’s still at the helm. As critic Michael Fridjhon recently wrote: “Today no serious Cape wine enthusiast would question its status as a Cap Classique Grande Marque. In the early days, its branding – under its proprietor’s name – lacked the vinous ring of some of the other properties. The passage of time has effectively disposed of that.” 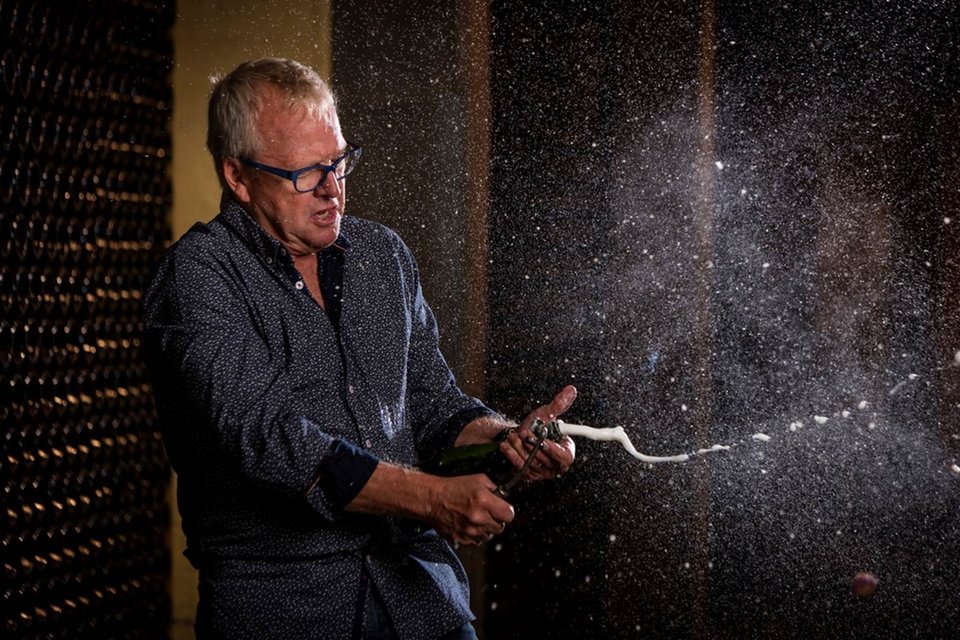 “Come quick,” French monk Dom Perignon is alleged to have said, “I am tasting the stars!” Well, the first vintage of 1991 was completed under the stars since the cellar was still under construction and lacked a roof!

It took two years of maturation before the maiden vintage was released in 1993. One year later it was chosen to toast the official inauguration of South Africa’s first democratically elected president, Nelson Mandela. And in 2008 the Graham Beck Brut NV (non-vintage) was selected by Michelle Obama to mark the historic election of her husband Barack as the 44th President of the United States!

Initially, Graham Beck wasn’t only a Cap Classique producer; it also made still wines. Railroad Red and Waterside White were fantastic, everyday red and white wines which quickly ramped up to more than a 50 000-case production. The label also had a reputation for superb shiraz with The Ridge shiraz frequently winning awards, as did the Lonehill chardonnay. Along the way a second winery in Franschhoek was acquired with Charles Hopkins in charge of that cellar – and a third when Beck bought Steenberg winery in Constantia in 2005.

Ferreira meanwhile was refining the sparkling wine offering, adding a dry rosé and the off-dry Bliss demi-sec to the all-chardonnay blanc de blanc, brut zero and brut non-vintage (NV). It paid dividends with Ferreira walking off with the title of Diners Club Winemaker of the Year in 2004 as the country’s best bubbly maker. 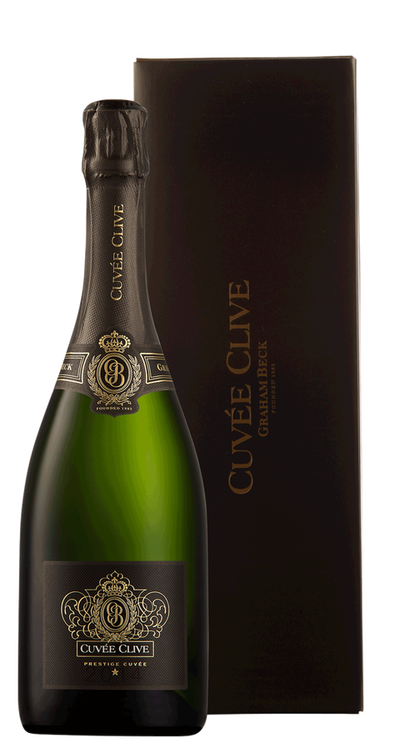 The pinnacle of the range is the Cuvée Clive, a prestige bottling only released in special years when Ferreira deems the quality worthy of it. It was named in honour of Mr Beck’s son who died in a car crash years before the maiden 2005 bottling was ever released.

It was a milestone in 2011 – 20 years on from the first ever sparkling harvest, that the million bottle mark was achieved. The accolades are many, gold medals and prizes at local and international competitions, top ratings from global pundits. Graham Beck bubbly was chosen by Prince Harry for a fundraiser for his Lesotho charity, Sentabale; it was poured at the wedding of Swedish royalty and was even mentioned in the most recent James Bond book, Carte Blanche!

Perhaps the biggest announcement was in 2017 when he sold off the Franschhoek and Constantia wine properties, divesting of the (successful!) brands too, to focus solely on sparkling wine. R150 million was invested in additional winery and vineyard infrastructure, improving production and quality.

The 2011 Platter Wine Guide put it so well when it wrote: “Graham Beck, businessman extraordinaire, champion of social upliftment and much-loved head of this prestigious winery, passed away last July. His guiding principle (‘to help set the highest possible standards for producing South African wines of outstanding quality’), together with an abiding love of nature conservation, helped set many new directions for the industry. Some recent achievements are Biodiversity & Wine Initiative Champion status, a throughput of 3 300 learners in the Graham and Rhona Beck’s Skills Centre, and five new social responsibility programmes.”

Graham Beck wines had travelled a huge distance, establishing a reputation the world over for sparkling and still wines, but had come full circle. After 30 years the focus is purely and unerringly on Cap Classique. Long may the corks continue to pop.