The white peach – in season for a brief few months – provided the inspiration for what has become a classic cocktail: the Bellini. 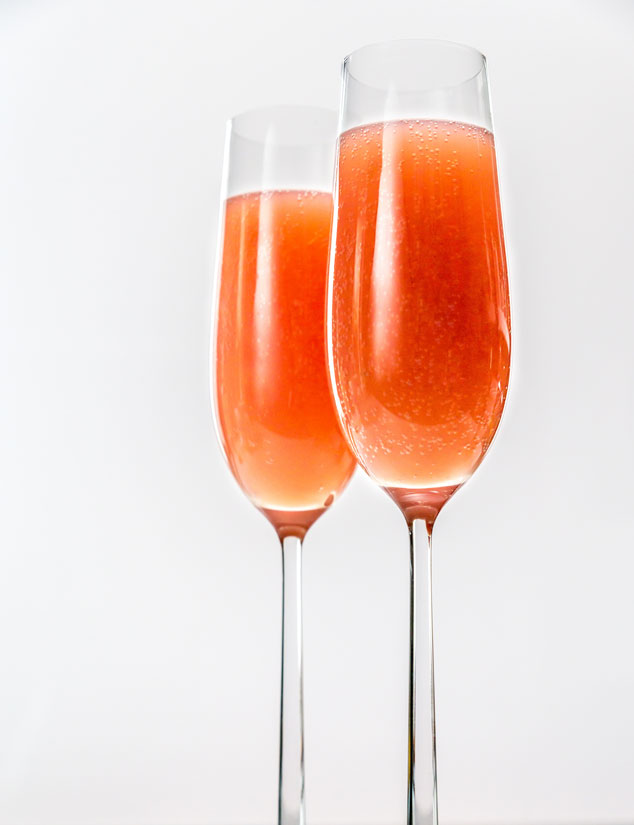 Venice is one of the most romantic places in the word, with singing gondoliers and waves lapping against ancient buildings in their wake.

It’s also where Giuseppe Cipriani, the founder of the renowned watering hole Harry’s Bar, developed the famous Bellini cocktail – sometime between 1934 and 1940. Harry’s Bar was the haunt of Hollywood stars in the peak period of celluloid film: Katherine Hepburn, Gary Cooper, Orson Welles. Writers like Truman Capote and Ernest Hemingway were snapped there, as were baseball star Joe DiMaggio and world-renowned architect Frank Lloyd Wright.

Cipriani came up with the cocktail after pureeing a perfectly ripe white peach and topping it off with Italian sparkling wine, Prosecco. A subtle dab of either raspberry or cherry juice suffused the drink with a gentle pink hue. As a long time art lover, Cipriani named the drink for his favourite artist – Bellini – since the unique, subtle pink colour reminded him of the toga of a saint in one of the Venetian artist’s works from the 15th century, Wikipedia reports.

Part of the reason for the cocktail’s stellar reputation was not only because it was so beloved of the international jet set, but also because it was initially only available for three or four months of the year – while the white peaches were in season in Italy.

Industrial processes and modern freezing and refrigeration mean that is no longer an issue, and the Bellini can now be enjoyed all year round. There are also twists on the Bellini which have been developed over the years. There’s the Puccini which sees the peach purée replaced with mandarin juice; the Rossini which swaps out strawberry purée for peach and the Tintoretto in which pomegranate juice is topped with Prosecco.

And for a healthy, non-alcoholic alternative, there’s also a mocktail which substitutes sparkling grape juice and a squeeze of lemon for the bubbly. 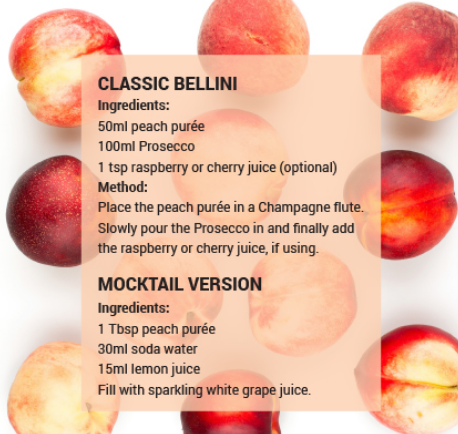