Responsibility, respect, honour, civility, morality and ethics are qualities sorely needed in our modern world. In Japan, the concept of bushido has adapted over centuries and remains a cornerstone of business and communal life.

Ollie Robinson took seven wickets at Lord’s cricket ground on his debut match for England. Then he was suspended over offensive tweets he’d made as a teenager, a decade earlier. Scandals and blatant lies from those in power have become a dime a dozen nowadays. Stupid, knee-jerk comments on social media live on – and frequently come back to haunt their owners with devastating effect.While it is easy to blame social media for the ease and speed with which such comments are disseminated, the flip side of the coin is that individuals need to own the comments they have made. Yes, he made offensive remarks when he was young. He is not alone in that. Perhaps the magnifying glass should be on society as a whole advocating better, more responsible and honourable – individual – behaviour full stop?
In Japan the bushido code stems from the country’s samurai tradition and is essentially all about honesty, respect, courage, benevolence, honour, loyalty and piety or goodness. While scholars and critics point out that samurai waged war for their feudal lords and were vicious, comfortably lopping off opponents heads or committing self sacrifice for honour, that’s not a modern take.Post World War II corporate Japan adopted some of these ancient principles, acknowledging that pursuing financial gain purely for the sake of it only benefited a few. “The moral purpose that bushido articulates transcends booms and busts,” wrote Shinya Fujimura in his piece The Samurai Ethics: A paradigm for corporate behaviour. “It is often said that a Japanese company is like a family, with executives caring about employees and employees showing respect to executives. Bushido, then, is part of the basis for a sense of national identity and belonging—an ideal that says the Japanese are one people, in it together.” 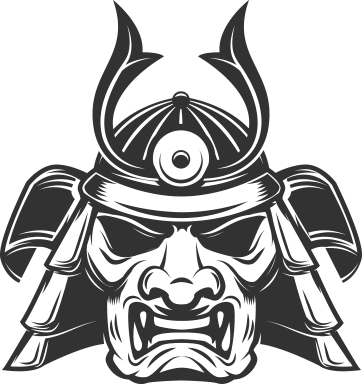 That united vision allowed Japan to become an economic powerhouse on the global stage. That in turn had academics and company owners examining what set them apart – and it came down to respect, work ethic and honour.Writing on Quora, Jeff Light, a long time Tokyo and Osaka resident wrote: “Honour is about as vague of a concept there as in America or other Western countries, and about as widespread.

“However there is the concept of ‘face’, or the appearance of things, and Japan is all about keeping up appearances. For example, it is bad to allow yourself to lose your temper or lose control. So if someone behaves wrongly and offends you, you can inform them of that – but you should do it in a gentle and instructive way. If you let your temper take over, YOU have actually committed a bigger offense than the first offense.”

Another American writing on an internet forum stated after years of living and working in Tokyo, it was almost mandatory to arrive 15 minutes early, to start working at precisely 08h30. As noon struck everyone would stop working, tuck into their bento boxes at their desks and eat silently before starting to work again at the appointed time before clocking out at precisely 17h30 – and then returning to work doing unpaid overtime.“Do something that violates the community standard, such as playing your stereo too loudly, and you’ll find a nasty kanji note taped to your door the next morning, another on your car windshield, plus open your inbox to a threatening email from your landlord, then have your boss berate you in front of the entire office because the real estate company called your employer. Don’t ask me how I know this,” he wrote. He had disrespected neighbours, his community and ultimately his co-workers, boss and company.
Pointing out the Western concept of individual freedom being at odds with that of Asian conformity is simplistic and overlooks the fact that chivalry and fair play are at the core of many Western societies. Especially in the “gentleman’s game” of cricket. No-one should escape the consequences of their actions. And cognisance should also be taken of the African concept of ubuntu. In Zulu it states: “ubuntu ngumuntu ngabantu” – or “I am because we all are”.Wouldn’t that make for a great society?
Tweet
Share
Share
Pin
0 Shares