Steeped in (Australian) nostalgia, the Japanese Slipper is a tart-sweet, neon hued cocktail which had its peak in the ‘80s – and it’s making a comeback! 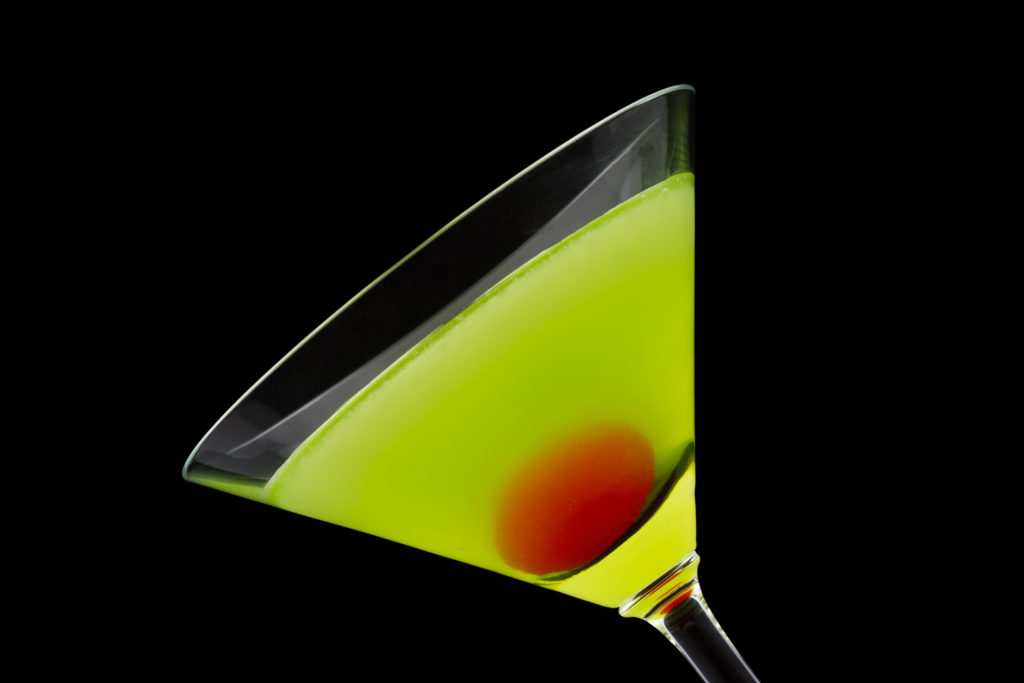 Melbourne has earned its reputation as possibly the heartland of Australian gastronomy. It’s where Heston Blumenthal chose to relocate and cook while his Michelin 3 star restaurant, The Fat Duck, was being refurbished in 2015. Neil Perry has a top-rated establishment there as does MasterChef Australia’s Shannon Bennet (Vue du Monde) – but the Press Club owned by colleague George Kalombaris was shuttered in 2019.

So food and restaurants are big in Melbourne – but the bar scene in the 1980s was not known for its innovation. Despite that, it gave the world the Japanese Slipper – and a lovely back story to the drink making a comeback out of nostalgia and a desire for the familiar and comforting during these pandemic affected times.

Unlike so many classic cocktails whose origins are shrouded in myth, mystique and obscurity, this modern mixed drink is well documented. Wikipedia and Punch.com report that the Japanese Slipper was developed by French barman Jean-Paul Bourguignon while working at Melbourne restaurant Mietta’s in 1984.

Bourguignon recalled in an interview that the cocktail was based around Midori –a bright green sweet muskmelon flavoured liqueur. Apparently a sales rep dropped off a bottle for him to sample – and he added orange flavoured Cointreau and some fresh lemon juice to tone down and balance the sweetness. Et voila! The Japanese Slipper was added to Mietta’s cocktail menu – and it quickly grabbed everyone’s attention.

And the name? Bourguignon told Punch.com that he was on a steep learning curve with English at the time. He remembered reading a book about a Japanese woman and her slippers. Since the word for the footwear was new to him, he decided to use it on his new cocktail creation.

Bourguignon moved on from Mietta’s and wherever he went in Australia, he added the drink to his new bar menu. This included hospitality groups, bars, casinos, restaurants and even an airline! The popularity of the bright green cocktail grew and a generation of young trendy Australians enthusiastically helped to spread its fame and notoriety. There’s even a story about the drink being a favourite of the seriously hip and trendy set who frequented New York’s Studio 54 at its prime.

About the drink’s current revival, one Melbourne bartender said it was nostalgic for Australians, it was easy as anything to make, being a simple sour of equal parts that is just shaken and served garnished with a maraschino cherry. “And it’s bloody green, tasty and fun! There isn’t much not to like,” said Hayley Dixon.

Or, as www.makemeadrink.com put it in its review of the Japanese Slipper in 2012: “There’s something Zen-like about that single maraschino cherry floating at the bottom of cloudy soft spring-green liquor. It looks like an abstract painting of spring.”

Pour Midori, Cointreau or Triple Sec and lemon juice in a cocktail shaker. Shake with ice and strain into a chilled cocktail/martini glass. Garnish with a maraschino cherry.