Stellenbosch wine estate Meerlust is renowned worldwide for its pioneering flagship red blend, Rubicon. But there is one rubicon Meerlust won’t cross, and that involves compromising the quality standard expected of the blend. 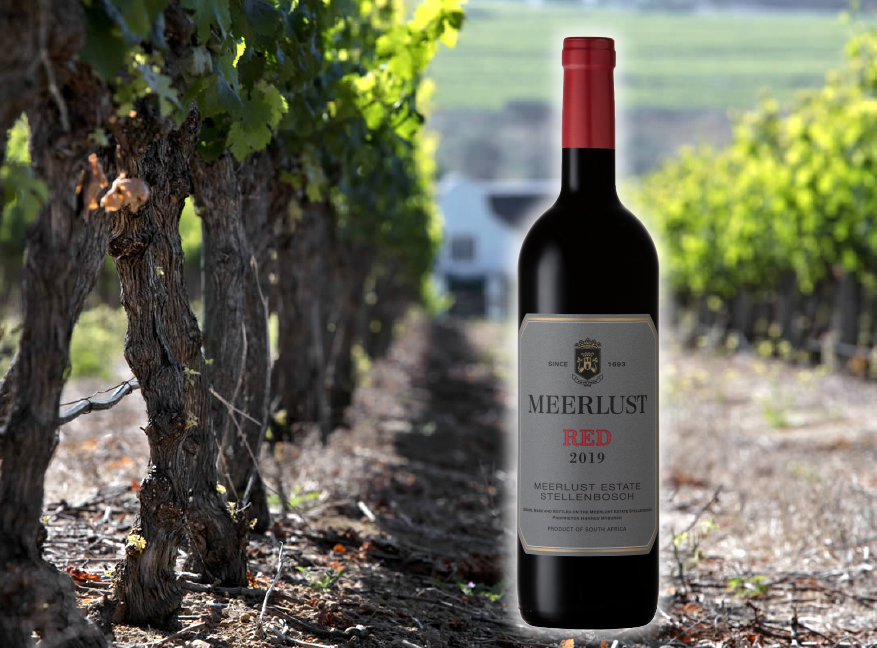 It’s only the fifth time since the maiden bottling in 1980 that Meerlust has declassified its Rubicon and instead released the wine as Meerlust Red 2019. (The previous Meerlust Red releases have been 1985, 1990, 2002 and 2011.)

Cabernet sauvignon (43%) dominates the blend with 31% merlot, 21% cabernet franc and 5% petit verdot. The higher percentage of merlot came as a result of the Meerlust duo of eighth-generation owner Hannes Myburgh and cellarmaster Wim Truter also deciding to forego bottling the 2019 merlot.

Former cellar master Chris Williams noted that 2019 vintage conditions were unusual with cooler weather mid-February and intermittent rain showers all the way through to March. February is usually when the winelands experiences some of the hottest days of the year – so this impacted the ripening, particularly on cabernet sauvignon and merlot.

These conditions, coupled with the hangover of three years of prolonged drought, took its toll. Current cellar chief Wim Truter said Williams had expressed doubts about the potential of the wine even before he left. Truter saw how the blending components evolved while in barrel and concurred, deciding to forego bottling a Rubicon for 2019.

The components were very good, he said, but lacked the intensity required for the estate flagship. Truter said the final blend, while accessible, still had sufficient complexity and structure to provide pleasure after eight years in bottle. He pointed out that experience had shown that other Meerlust Red vintages had surprised with their longevity. “But the big positive with this wine, in style as well as with its greater merlot content especially, is that it’s softer and already approachable.”