Mocktails are the way to go for having a great time socially while also being responsible about consumption, having a good time and driving. 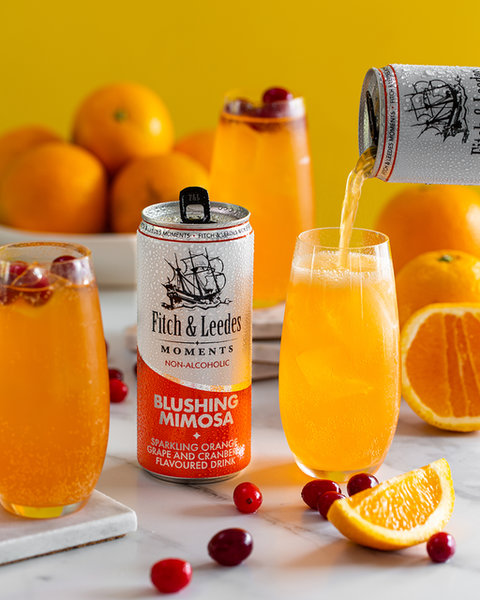 Fitch & Leedes has released a selection of pre-mixed mocktails in a convenient can to coincide with summer and the increase in outdoor activities – socially distant picnics, concerts, visits to the beach or dam.

The Fitch & Leedes Moments hark back to an era of Hollywood glamour since they’re somewhat vintage with a Blushing Mimosa, Shirley Temple, Pink G&T and Island Fish Bowl in the range. The Mimosa is an alternative to the standard orange juice and sparkling wine alcoholic cocktail – and has a shot of cranberry added for interest.

The Shirley Temple is a mix of ginger ale and pomegranate juice and is traditionally topped with a maraschino cherry for presentation. There’s no gin in the Pink G&T but it is packed with lots of typical juniper flavour which is blended with cucumber and fragrant rosewater. And the Island Fish Bowl is a taste of the tropics with its coconut and take on the sweet-bitter flavour of blue curaçao liqueur. You’d swear you were in a hammock, under a palm tree in the Caribbean!

The Classics range comprises a retro ginger beer, rock shandy, passionade which is a take on the ever popular passionfruit and lemonade while the lime twist is a riff on lime and soda.