News out of Lynchburg, Tennessee is that seasoned whiskey maker Chris Fletcher is to step into the boots occupied by Master Distiller Jeff Arnett for 22 years. Arnett announced in September that he was hanging up his spurs after having guided the making of Jack Daniel’s since 2008. 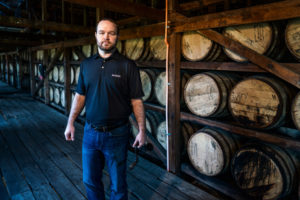 Now responsible for the overall standard of Jack Daniel’s Tennessee whiskey from grain to glass, Fletcher, 39, has been well prepared for the job, having served as assistant Master Distiller for six years. Not only will Fletcher travel the world representing the respected whiskey brand, he will be responsible for innovation as well as heading up the distillery’s new training programme, crucial for the seamless transition of mentorship of the next generation of distillers.

Born and raised in Lynchburg, and now carrying on a family tradition, Fletcher is the grandson of former Master Distiller Frank Bobo, who served in the role from 1966 until his retirement in 1989. His first job was as a distillery tour guide in 2001, during his vacations while still a college student. 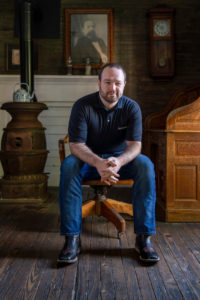 “It’s an honour to be named Master Distiller here at Jack Daniel’s and join a line of folks who’ve made the best whiskey in the world,” Fletcher said.

“Over the last 17 years, I’ve been able to learn and work alongside so many talented whiskey makers, and I am very grateful for the mentors I’ve had, including Jeff Arnett who taught me so much. Our distillery and team here in Lynchburg are the best in the business, and I cannot wait to continue to work with them crafting the world’s favourite Tennessee Whiskey.”