ANIMATION HAS COME A LONG WAY SINCE WALT DISNEY MADE A CARTOON MOUSE FAMOUS. COMPUTERS HAVE UNDOUBTEDLY UPPED THE ANTE AS THE CROODS MOVIE DEMONSTRATES, BUT HAVE HUMANS EVOLVED MUCH OVER THE YEARS? KYLIE MINOGUE REFERENCES HER LOVE OF DISCO AND HOW IT AFFECTED HER NEW RELEASE WHILE EDDIE MURPHY AND ARSENIO HALL REVISIT ROLES THEY PLAYED 32 YEARS AGO. 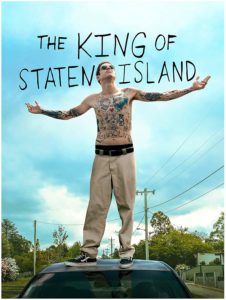 The King of Staten Island: “You make everyone around you crazy!” Kelsey screams. “People are normal, and they hang out with you – and then they’re Jack Nicholson in The Shining!”

That’s the effect high school dropout Scott (Pete Davidson) has on people. He’s 24, unemployed, vaguely depressed and lives in his mother’s basement. The back story is that his dad was a fire fighter who died in the line of duty – and Scott is still wrestling with some demons over that. So when his mom, played by Marisa Tomei, starts dating again and the new man in her life is a fire fighter, it triggers a cascade of funny, sad and eventually positive events in Scott’s life.

The semi-autobiographical comedy-drama is loosely based on comedian Pete Davidson’s life,
growing up in Staten Island, losing his father in 9/11 and making his way in the world of comedy. The film was directed by Judd Apatow and has impressed critics with one calling it “Sweetly funny” and writing that it teetered “between self-parody and something truly beautiful, Apatow’s latest offers yet another shaggy portrait of permanent adolescence but this one — his best film since 2009’s Funny People.” 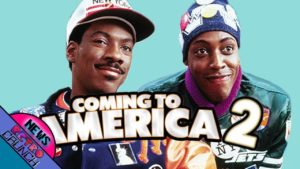 Coming to America 2: Three decades ago both Eddie Murphy and Arsenio Hall were at the height of their fame. Their comedic powers had no parallel – and in the 32 years since they made the film, eager audiences and die-hard fans have clamoured for a sequel.

It’s no longer 1988, Prince Akeem Joffer (Eddie Murphy) is set to take over the throne of Zamunda as his father the king, played by James Earl Jones, is gravely ill. But then
he discovers he has a son he never knew about in America – a street savvy Queens native named Lavelle (Jermaine Fowler). Honouring his royal father’s dying wish to groom this son as the crown prince, Akeem and Semmi (Arsenio Hall) set off to America once again.

As can be expected from a cast with Murphy, Hall, Tracy Morgan and Leslie Jones (Ghostbusters) who plays the mother of the 32-year-old love child, the witty one liners are fast and furious. 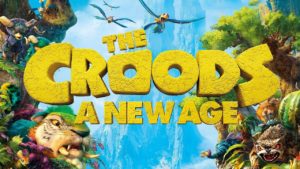 The Croods 2: Nominated for an Academy Award for animation in 2013, The Croods has spawned a worthy sequel. The premise is that this prehistoric cave dwelling clan must stick together to avoid death – but their lives have changed because their cave has been destroyed. They venture out of their comfort zone to explore the great wide world.

And they find another family, the allegedly evolved and more refined, one-with nature Bettermans. Things go awry when the Crood and Betterman daughters decide to explore beyond the wall – with predictable drama. Also demonstrating how important family is and how little we’ve all evolved really.

This is a project which has been a long time coming. DreamWorks Animation had Nicolas Cage,
Emma Stone and Ryan Reynolds signed up to provide the voices for their characters as far
back as 2013. Joining them are Peter Dinklage of Game of Thrones fame, Leslie Mann and Catherine Keener. 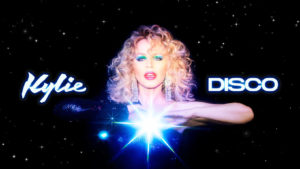 Disco – Kylie Minogue: It started with a tweet: “Are you waiting for me to SAY SOMETHING???,” Kylie Minogue wrote. “My new album DISCO is released November 6th and will be available to pre-order.”

That was a few weeks ago and all indications are that the album, the Australian singer’s 15th, has been eagerly anticipated.

News of a fresh album from Minogue was first hinted at earlier this year, when she revealed to The Independent that she had been working on a new record from her home during lockdown.

“I’ve been really busy, setting up a home studio (AKA, my lounge room!) and learning so much about remote recording,” she explained. “It’s been a steep learning curve for all the team as there are technical obstacles to navigate but I’m so thankful to be able to continue work on my album in this way.

“I’ve been riding the emotional wave along with the rest of the world, but creativity has been a
big help.”

This album is Minogue’s first since the release of Golden back in 2018. While the latter featured more of a country pop sound, the title of her forthcoming record indicates that the singer’s
comments regarding an album of “grown-up disco” appear to be true. “I loved disco as an eight-year-old, so it’s been a long love affair,” Minogue told GQ in May. “I’m loving the modern interpretations of the genre now.” 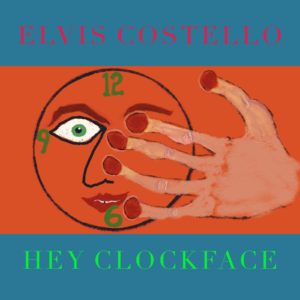 Hey Clock Face – Elvis Costello: “I’d had a dream of recording in Paris like this, one day,” the artist said about this collaborative effort which was recorded in Helsinki, Paris and New York.

“I sang live on the studio floor, directing from the vocal booth,” Costello said of the new album in a press release.

“We cut nine songs in two days. We spoke very little. Almost everything the musicians played was a spontaneous response to the song I was singing.” Those musicians were long time band mate Steve Nieve, as well as Bill Frisell, Nels Cline, Mickaél Gasche, Pierre-François “Titi” Dufour, and more.

“I wanted to write “Helsinki-Paris-???” on the record jacket like this was a perfume or an advertising agency. London was a possibility for the third city but London is forever. We’ll be there again,” Costello said. “Michael sent this music to me from New York at the perfect time. It connected to elements in both of the previous sessions and completed the picture.

“I wanted the record to be vivid, whether the songs demanded playing that was loud and jagged or intimate and beautiful.”

The first track which has been released to date is “We Are All Cowards Now”. 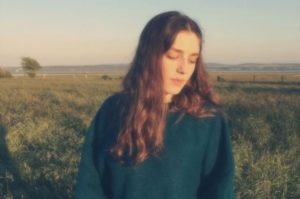 Piano Sketches – Birdy: British singer-songwriter Birdy is back with her first project in four years. Piano Sketches follows her third studio album, Beautiful Lies and this EP comprises four tracks, written and produced independently over the four years away from the limelight.

“I’ve spent the last few years recording a new album coming next year which I’m super-excited to share,” Birdy revealed in the press release which accompanied the announcement of the
November Atlantic Records EP.

“I wrote a load of music I’m so proud of that might not normally have seen the light of day — I’ll be releasing the tracks stripped back over the coming months ahead of the album.” The first single,

“Open Your Heart”, was released in September with an accompanying music video directed by Alex Thompson. 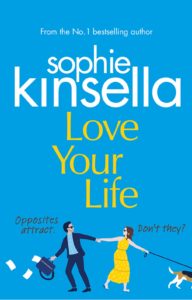 Love your life – Sophie Kinsella: I love you … but what if I can’t love your life? Ava is sick of online dating. She’s always trusted her own instincts over an algorithm, anyway, and she wants a break from it all. So when she signs up to a semi-silent, anonymous writing retreat in glorious Italy, love is the last thing on her mind.

Until she meets a handsome stranger . . . All she knows is that he’s funny, he’s kind and – she soon learns they’re hugely compatible. He’s equally smitten, and after a whirlwind, heady romance, they pledge their love without even knowing each other’s real names.

But when they return home, reality hits. They’re both driven mad by each other’s weird quirks and annoying habits, from his eccentric, sauna-loving family to her terribly behaved, shirt-shredding dog. As disaster follows disaster, it seems that while they love each other, they just can’t love each other’s lives. Can they overcome their differences to find one life, together? 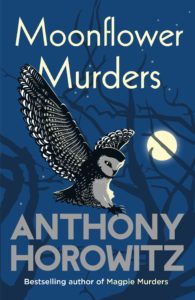 Moonflower Murders – Anthony Horowitz: Retired publisher Susan Ryeland is running a
small hotel on a Greek island with her long-term boyfriend. But life isn’t as idyllic as it should
be: exhausted by the responsibility of making everything work on an island where nothing ever
does, Susan is beginning to miss her literary life in London – even though her publishing career once entangled her in a lethal literary murder plot.

So when an English couple come to visit with tales of a murder that took place in a hotel the same day their daughter Cecily was married there, Susan can’t help but find herself fascinated.

And when they tell her that Cecily has gone missing a few short hours after reading Atticus Pund
Takes The Case, a crime novel Susan edited some years previously, Susan knows she must return to London to find out what has happened.

The clues to the murder and to Cecily’s disappearance must lie within the pages of this novel. But to save Cecily, Susan must place her own life in mortal danger … 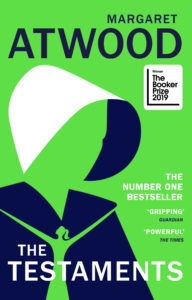 The Testaments – Margaret Attwood: When the van door slammed on Offred’s future at the end of The Handmaid’s Tale, readers had no way of telling what lay ahead for herfreedom, prison or death. With The Testaments, the wait is over.

Margaret Atwood’s sequel picks up the story more than 15 years after Offred stepped into the unknown, with the explosive testaments of three female narrators from Gilead.

In this brilliant sequel to The Handmaid’s Tale, acclaimed author Margaret Atwood answers the questions that have tantalized readers for decades.