WHY ROSÉ WINE IS ON EVERYONE’S LIPS IS A QUESTION WHICH FORMER YOUNG WINE WRITER OF THE YEAR, TSHEPANG MOLISANA WANTED ANSWERED. HERE IS WHAT SHE FOUND IN HER RESEARCH.

According to Nielsen, in 2018, sales of rosé grew by an astounding 40%. Although the rosé wine category is rising in popularity, pink wine has existed for centuries.

In ancient Greece, diluted wine was perceived as civilised. These wines were generally field blends of crushed red and white grapes. According to Guild Somm, in the sixth century BCE, vines were brought from Greece to an area that is now known as Marseille, in the south of France. Later, when the Romans arrived in Provence, word of the pink wine in Massalia or Marseille had already reached them and travelled through their Mediterranean trade-routes.

In 1869, the first white Zinfandel wine was made at El Pinal Winery in Lodi, California. This was considered the genesis of pink wine in the United States. However, this pink wine made from red grapes caused more of a stir than a splash. It was not until the 21st Century that Americans truly began to embrace the popularity of pink wine. In 2014, business publications reported on “The Great Hamptons Rosé Shortage of 2014”.

Called a “bull-market crisis” by CNBC, the horror of a lessrosy Labour Day holiday in the Hamptons caused panic. The market revealed how perfectly Long Island’s beaches paired with pink wine – a fact that many sommeliers had undermined, to their detriment. 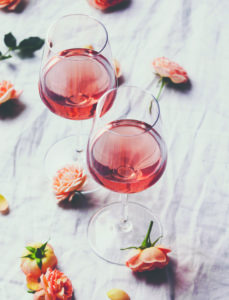 The Brosé-rosé culture in the Hamptons has crossed the ocean to South Africa. South African brand, Spider Pig Wines is responsible for the onion-peel coloured “Bro/Zay rosé”. While the label is playful, the rosé is serious. A blend comprised of 60% Colombar and 40% Cinsault in 2018, the classic Provençal-style dry wine celebrates “bromance, lady bromance or even no-mance.”

From Long Island to South Africa, the Provençal-style wine romanced Rosé-drinkers – male and female. Leading examples of local brands which have heartily embraced this style include Laborie of Paarl and Holden Manz of Franschhoek.

Holden Manz proprietor, Gerard Holden described the pleasure of enjoying their Provençal-rosé
while basking in the green hills of Provence. The Franschhoek property created a subsequent
Provençal dry blend, named Hiro rosé after the proprietor’s daughter. The 2019 Hiro blend comprised 77% Grenache grapes and 23% Cinsault. Red grapes, Grenache and Cinsault are just two of the many red grapes used in the production of rosé wine worldwide. (Others include Shiraz, Pinot Noir, Cabernet Sauvignon, Merlot and locally, Pinotage.)

According to the AAWE Journal of Wine Economics, worldwide, red varieties are often mentioned on wine labels for their role in rosé. While white Zinfandel is responsible for 40% of the world’s rosé, red grapes comprise 46%. Other grapes are responsible for the remainder.

Bodibe Sebolai, the Chief Wine Lover at African Culinary Library and founder of Bodibe Wines co-signs the Provençal style of Rosé wine. He says, “They are usually light, crisp and refreshing on the palate, classic vin de soif.”

Besides the Provençal style, Bodie says, “Rosé owes its popularity to the sparkling wine category. Through the introduction of Brut rosés, the market has become increasingly comfortable with
dry – non-sparkling – rosé. Added to that, winemakers are becoming comfortable with making refreshing wines. This is further spurred on by price-point. It is a great alternative to Sauvignon Blanc and unwooded Chardonnay. In addition, nothing complements a South African Valentine’s or spring day better than rosé. The colour of the wine is simply elegant, vibrant and inviting.”

“In 2006, I decided to try rosé and never looked back,” Bodibe says. “From a spring picnic, to a braai, or pairing rosé with smoked salmon or trout bruschetta or a light chicken curry, rosé has proven to be quite versatile when it comes to pairings. It is a party on the palate.” 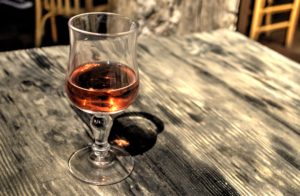 The founder of Wine Intelligence and The Graham Online Academy, Ingrid says, “I find that rosé wine is a good choice to serve throughout the meal. I serve it with a dill dip starter, it is delicious with Thai style stir-fry noodles. And, of course, I sip it on its own – just to make sure that it will pair well with whatever dish I’m serving.

“When teaching people about how rosé wine is made, I love to relay the story told by Günter Brözel, iconic cellar master at Nederburg, when I worked there many years ago. He described his rosé wine as romantic and said: ‘She is a shy wine. The colour comes about because there has been a short flirtation of the skins with the must – just a brief interlude. And then she is removed, leaving just the slightest blush.’

“It is not surprising that more people are drinking pink,” Ingrid says. “Pink bubbly puts a sparkle into the dullest day and looks so elegant. Some of my favourites are Pierre Jourdan Belle Rosé and the Kleine Zalze Brut Rosé.”

Itumeleng “Tumi” Akinsola, wine concierge, distributor and founder of Isivini, hosted an annual Rosé Garden event in December 2019. She says, “It turned out to be a rosé in the rain splendour.”

Alongside the change in diets towards lighter, leaner, vegetarian meals, Tumi attributes influencer branding as among the reasons for the rising popularity of this style of wine. She says, “Almost all the Côtes de Provence wines made along France’s Mediterranean fringe are rosés. For millennials, the pale-pink hue is considered highly Instagrammable. The fashion has come from Saint-Tropez, as well as seeing celebrities like Kyle Minogue, Sting, John Legend and others drinking and investing in popular rosés. At the height of their relationship, Brad Pitt and Angelina Jolie bought Chateau Miraval in Côtes de Provence.”

While Tumi could substitute rosé for a cup of coffee in the morning or enjoy it with a variety of dishes, she finds the Provençal-style to be the most versatile.

Tumi imparts: “Nothing says rosé for me like a Provençal style rosé. It is like the staple piece of clothing one should have in the wardrobe – a crisp white shirt. You can dress it up or down with gastronomic fine-dining or pair it with a juicy burger and fries. It’s an all occasion wine.”