ESCAPISM CAN TAKE MANY FORMS. WHILE IT’S NOT ALWAYS POSSIBLE TO PHYSICALLY RETREAT DURING THE PANDEMIC LOCKDOWN, IT IS INDEED FEASIBLE TO DO SO WITHIN
THE CONFINES OF A BOOK, MUSIC AND THE MUCH SMALLER THAN USUAL HOME SCREEN.
HERE’S THE LATEST SELECTION. 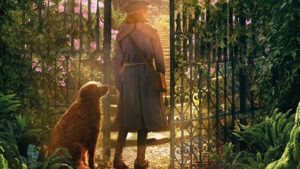 The Secret Garden – This fantasy drama is based on a classic English children’s novel penned by Frances Hodgson Burnett in 1911. The fact that it’s brought to the screen by the producer of Harry Potter and Paddington means it’s destined to be a visual feast.

Newly orphaned 10-year-old Mary Lennox (played by Dixie Egerickx) is taken in by a distant
uncle Archibald Craven (Colin Firth) who lives in an old manor house in Yorkshire.

While housekeeper Mrs Medlock (Julie Walters) is settling her in, Mary is told not to explore or poke about … but of course she does. She discovers a locked, walled garden neglected since Craven’s wife died 10 years earlier. And that’s when the film takes on its dramatic purpose – since Mary finds a friend in Dickon, the brother of one of the housemaids, as well as her frail, sickly, wheelchair-bound cousin, Colin.

The film is richly escapist but with broad themes of emotional and physical growth, of family and friendship and redemption. Filmed at a variety of beautiful locations in England and Wales it is scenically stunning and more than lives up to the reputation of a previously filmed version from 1993. Interestingly, Firth was also in that version, one of his earliest movie performances, albeit in a minor role. 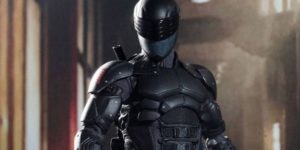 Snake Eyes – Fans of the GI Joe franchise will relish the news of this spin-off movie as it’s set to breathe new life into it.

Snake Eyes has featured in both GI Joe: The rise of Cobra and GI Joe: Retaliation – but this film
takes the well-trodden path of a prequel, setting the scene for what happens to the character in those movies.

Directed by Robert Schwentke, the action movie was filmed in both Vancouver and Japan before the pandemic shut movie production down. Playing the title role is Henry Golding of Crazy Rich
Asians and Last Christmas fame.

Snake Eyes has always been seen as a weapon in the GI Joe franchise but in this prequel/ spin-off the ninja hero is not only unmasked, a conscious move to build empathy with the character but also speaking, for once. It pre-empts GI Joe: The rise of Cobra with Channing Tatum and delves into the reasons for Snake Eyes’ rivalry with Storm Shadow. (Spoiler alert: there’s serious sibling rivalry between these brothers!)

Golding said Snake Eyes was “unlike anything people will have seen – we’re really starting a new
timeline, a new franchise in the GI Joe universe. To kick it off with such a distinct and stylised film, I think, it really sets the precedent for follow-up movies.”

Golding is not the only staffing change to the character line-up; Andrew Koji took over the role of Storm Shadow while Ursula Corbero replaced Sienna Miller as Anastasia Cisarovna/Baroness and Samara Weaving took over Shana O’Hara/Scarlett from Rachel Nichols. 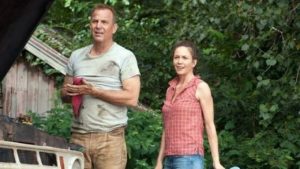 Let Him Go – It’s every grandparent’s fear – that they lose all contact with their grandchildren. For retired sheriff George Blackledge (Kevin Costner) and his wife Margaret (Diane Lane) who are dealing with the recent loss of their son, not being able to care for their grandson is
simply unthinkable. Being denied total access to him is unacceptable for the Montana couple.

And here’s the problem: the grandson is with a survivalist/off-grid family in the mountainous backwoods of the Dakotas – and the Weboy family refuses to hand the boy over to them.

They’re prepared to fight for their grandson. 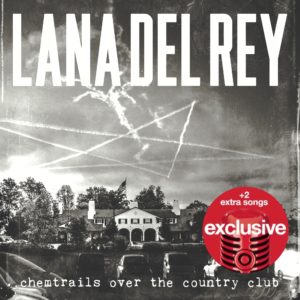 Chemtrails over the Country Club – Lana Del Ray – “I think my new record is special,” American musical artist Lana Del Ray said when announcing the forthcoming release of her seventh studio album, a follow-up to her Norman F***ing Rockwell! album which was nominated for two Grammy awards – one of them Album Of The Year – in 2019.

Titled Chemtrails Over The Country Club the pop-rock singer said she was blessed to do what she does and grateful that her muse was still present. “And that I have, over the last three years,
been blessed to have the insight and ability to channel two books’ worth of beautiful poems,” the 35-year-old artist said.

Known as much for her highly stylised, romanticised and almost baroque videos which accompany her songs, the American musician has been outspoken about the double standard in the industry.

Fans of her previous hits, “Summertime Sadness”, “Born to Die” and “Blue Jeans” will no doubt be eager to snap up her tracks. 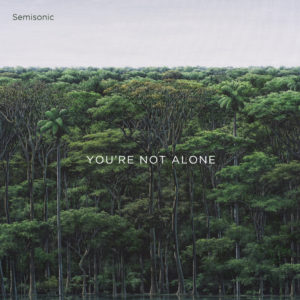 You’re not alone – Semisonic – Formed in 1995 in Minneapolis, Minnesota, the American band Semisonic reunited for the first time in three years to record an Old-School reunion EP, You’re Not Alone.

Dan Wilson, John Munson and John Slichter admit that getting together was difficult because of the demands of day-today life. “I would try to write a Semisonic song and it would either not
be great, or be good but not sound like the band,” Wilson said. “I just didn’t have a handle on how to sound like Semisonic and have it be good enough of a song. I used to think it was maybe something like what Robert Plant used to say — that he doesn’t know how to be that guy in Led Zeppelin anymore, so he just ain’t doing it.”

But in 2017 Wilson clicked back into Semisonic mode, reuniting with his former band mates, drummer Jacob Slichter and bassist John Munson. The result is You’re Not Alone, a fivesong EP that marks their first release since 2001. 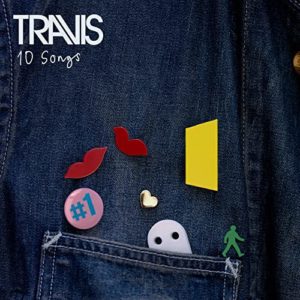 10 Songs – Travis – Beloved Scottish band Travis returns with the first new music from their impressive ninth studio album 10 Songs scheduled for release in October. The first single from 10 Songs is “A Ghost”, which arrives with an impressively animated video directed
and drawn by frontman Fran Healy, with his 14 year old son Clay leading the beautiful cinematography work – all done whilst in Covid-19 isolation.

Co-produced by both Fran and Robin Baynton (Coldplay, Florence & The Machine), and recorded at RAK Studios as 2019 turned into 2020, 10 Songs is an album about the way life comes at love and what love does to weather those challenges. It’s grown-up. There’s sizzling synergy in abundance, and many of its songs benefit from the almost psychic sense of mutual attunement that comes from being in a band whose line-up hasn’t changed in its entire collective lifetime. 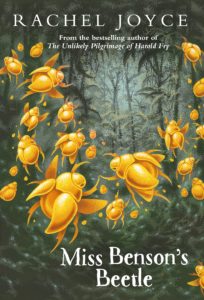 Miss Benson’s Beetle – Rachel Joyce – Margery Benson’s life ended the day her father walked out of his study and never came back. Forty years later, abandoning a dull job, she advertises for an assistant. The successful candidate is to accompany Margery on an expedition to the other side of the world to search for a beetle that may or may not exist. Enid Pretty is not who she had in mind. But together they will find themselves drawn into an adventure that exceeds all Margery’s expectations, eventually finding new life at the top of a red mountain.

This is a story that is less about what can be found than the belief it might be found; it is an intoxicating adventure story and simultaneously a tender exploration of a friendship between two unforgettable women that defies all boundaries. 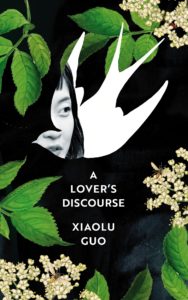 A Lover’s Discourse – Xiaolu Guo – A Chinese woman comes to London to start a new life, away from her old world. She knew she would be lonely, adrift in the city, but will her new relationship bring her closer to this land she has chosen, will their love give her a home?

A Lover’s Discourse is an exploration of romantic love told through fragments of conversations between the two lovers. Playing with language and the cultural differences that her narrator encounters as she settles into life in a post-Brexit Britain, Xiaolu Guo shows us how this couple navigates these differences, and their romance, whether on their unmoored houseboat or in a stifling flatshare in east London, or journeying through other continents together …

Suffused with a wonderful sense of humour, this intimate and tender novel asks universal
questions: what is the meaning of home when we’ve been uprooted? How can a man and woman be together? And how best to find solid ground in a world of uncertainty? 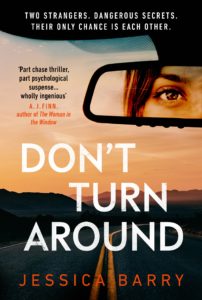 Don’t Turn Around – Jessica Barry – Two strangers, Cait and Rebecca, are driving across America. Cait’s job is to transport women to safety. Out of respect, she never asks any questions.
Like most of the women, Rebecca is trying to escape something.

But what if Rebecca’s secrets put them both in danger? There’s a reason Cait chooses to keep on the road, helping strangers. She has a past of her own, and knows what it’s like to be followed.

And there is someone right behind them, watching their every move…