BEER SPECIALIST LUCY CORNE DOES A QUICK WHIP ROUND THE CONTINENT TO REVIEW THE POPULAR COMMERCIAL BREWS AVAILABLE.

There is a much-loved Frank Zappa beer quote that does the rounds every few weeks on Twitter: “You can’t be a real country unless you have a beer and an airline,” the late rocker wrote in his
autobiography. “It helps if you have some kind of football team, or some nuclear weapons, but in the very least you need a beer.” 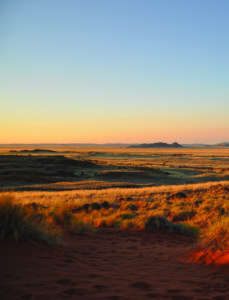 Seeking out a country’s national beer is, for me, an important part of travel. As important as seeking out a famous landmark or sampling the national dish. It’s true that one beer style tends to reign supreme when it comes to national beers, but despite the fact that each country’s mostpopular beer is most likely a pale lager, there’s just something about sipping the right lager in the right location. A bottle of Bintang will never taste better than it does on a Bali beach, andthere’s nothing like enjoying a glass of icy Red Stripe with a soundtrack of Bob Marley in Kingston, or polishing off a pint of Guinness in a cosy Dublin pub.

It is of course going to be a while before we can travel internationally again, and until then all we can do is plan our dream adventures: savouring a St George’s lager after a hike through Ethiopia’s Simien Mountains, watching the sunset from a Mauritian beach, bottle of chilled Phoenix in hand, or ordering a Kilimanjaro lager after tackling the mountain itself – or perhaps just admiring it from afar. Here are a few African beers to look forward to when you can explore the continent again. And until then, perhaps you can track some of them down to enjoy in your own back garden.

Namibia: If you ask the average South African to name a Namibian beer, most would probably say Windhoek. The crisp, pale lager dates back to the formation of what is now Namibia Breweries Limited in 1920. Started by German businessmen Hermann Ohlthaver and Carl List,
the brewery has always worn its adherence to the Reinheitsgebot on its sleeve. While many popular lagers use adjuncts such as rice or maize alongside malted barley, Windhoek has always abided by the “German purity law”, restricting its ingredients to water, malted barley, hops and yeast. Indeed, when the supply of malt and hops from Germany was halted due to World War II, the brewery’s owners decided to pause production altogether rather than compromise on the raw ingredients.

But Windhoek is not the only beer enjoyed en masse in Namibia. In fact, locals tend to feel more of an affinity with Tafel than its slightly lighter sibling. Both are of course available in South Africa, so sample them side-by-side, crank up your heater and imagine you’re sitting on top of a sand dune in the Namib Desert.

Botswana: Botswana’s national beer doesn’t quite boast the pedigree of its Namibian counterpart, but although the beer was only born in 1989, it has quickly become a proud
part of local life. St Louis won a gold medal in the 2019 African Beer Cup in the light lager category – and it is light. The palest of pale yellows, it is just 3.5% ABV and has only the subtlest,
slightly sweet, grainy flavour. Best sipped ice cold, it pairs perfectly with Botswana’s stifling summer. If you’re lucky, you’ll crack one open at a watering hole and count some of the country’s 130 000 elephants among your drinking companions.

Mozambique: The enjoyment of a good beer is often as much about the surroundings and the situation as about the beer itself. Imagine yourself on an Indian Ocean beach, some perfectly cooked crayfish or prawns fresh off the braai and a cold beer in hand as you wriggle your toes in the sand. In a situation like that, the beer could be pretty much anything and it would be just about perfect. But Mozambique’s Laurentina beers are still fairly faultless even when you’re sipping them in your Durban apartment on a rainy afternoon. Laurentina Clara – another member of the pale lager family – is a perfectly sippable beer, but its cousin, Laurentina Preta is the star here. The dark lager is highly decorated in competitions, lauded by beer nerds and pairs perfectly with everything from chocolate brownies to roast lamb.

Kenya: While some countries’ drinkers are divided on what their national beer might be, in Kenya there is no question. In fact Tusker, with its iconic label, is beloved by visitors as well as locals, with tourists taking home t-shirts bearing the beer’s iconic label alongside the usual beaded jewellery and wooden animal carvings. As well as a loyal following, the beer has a long lineage. It all began with brothers Charles and George Hurst back in 1922. Their first brew was served at the Stanley Hotel in Nairobi – the country’s oldest lodging, opened just three years after the city itself was founded in 1899. Sadly, George was trampled by a bull elephant on a hunting trip just a year after the brewery first launched. Charles decided to immortalise the event by naming a beer after the “tusker” that had killed his brother, and the first batch of Tusker Lager was officially brewed in 1929. Today you can sip it pretty much anywhere in Kenya, including the historic hotel that took a chance on a pair of new brewers almost a century ago.

Nigeria: It was 1949 when Nigeria got its first home-grown “clear beer”. Of course, like all African nations, Nigeria had a national beer long before a major brewery stepped in and introduced a locally made pale lager. But as with many countries, Nigerians have moved away from traditional brews – in this case the sorghum and millet-based burukutu – towards something crisper, clearer and some would say, more refreshing. Star Lager quickly gained popularity among locals and has since seeped into surrounding nations, making it a recognised brand throughout West Africa. But if you asked a lot of Nigerians about their favourite beer, or the beer they considered the national pint, many wouldn’t choose a pale lager at all. Nigeria has long had a close relationship with Guinness. The world’s third Guinness brewery was built just outside Lagos in 1962 and locals embraced the dark beer, specifically the Foreign Extra Stout. Stronger than the Guinness loved across Ireland, Foreign Extra Stout was first exported to Africa in the early 1800s and today it is as much a part of Nigerian culinary culture as jollof or pounded yams.