RUM IS THE QUINTESSENTIAL EXOTIC HOLIDAY COMPANION, JUST BEGGING FOR A SHOT OF FRUIT JUICE, COLA AND A COLOURED UMBRELLA AND ICE BLOCKS TO CLINK MUSICALLY IN THE GLASS WHILE YOU SLOTH IN THE WARM SUN BENEATH WAVING PALM FRONDS WITHIN EARSHOT OF LAPPING WAVES …

That’s the scenario when viewed through rose-tinted spectacles, anyway! Whether that beach is in Thailand, Fiji or Barbados, right now there won’t be many tourists laying about in hammocks or fighting off Germans to claim a sun lounger, sadly.

One way of circumventing that problem is by enjoying rum at home. All indications of sales figures is that South Africa is mirroring the increasing appreciation of this spirit that’s growing worldwide, albeit a year or three behind the curve. Those in the know, like panellists Hector
McBeth, sprits writer Leah van Deventer and Wolfburn distillery owner Harry Tayler believe that rum will have a real presence locally by the end of 2021 or 2022.

“There’s no doubt that the amount of shelf space and facings given over to rum has increased,” spirits expert McBeth said. “South Africa just needs to catch up with the rest of the world – but it’ll happen.” Leah van Deventer said it was a good sign that there were already 20-plus South African made rums available. “So it’s definitely growing but just a bit disorganised at the moment.”

McBeth pointed out that most rums are all based on sugarcane – except for a few from Europe which had sugar beets as their source, but generally all are distilled in column stills. The only variation occurred when the dark rums are either coloured by adding caramel or coloured because of age and time in barrel.

Bacardi: Gentle with the softest hint of pink sweeties before opening up to a light caramel and
citrus tail. Beautiful mouth feel. “It’s relative neutrality is what makes this particular rum so brilliant as a cocktail base,” McBeth said.

Sugar Girl Rum: Citrussy notes on the nose and the palate with hints of liquorice or fennel. Leah van Deventer liked its spicy tail and Shayne Dowling said it was like a dark rum without the colour. Very accessible and would be superb in a Mojito cocktail.

Jack Tarr: Powerful caramel, date and liqueur filled chocolate notes with lovely cinnamon spice and honeyed raisins as well as oak. Gentle sweetness. “No mistaking this one as a rum,” quipped one panellist.

Red Heart Original: Fruity, dry with a burnt sugar note, although McBeth loved its slightly dusty, almost green olive nuance. Tayler loved the caramel typicity and likened it to candyfloss stuck to the side of the pot. A spirit that started off quite light and then grew in the mouth but finished with a spicy, dry tail.

Squadron: A touch leathery with similar bright, sweet spice highlights but a somewhat grainy feel in the mouth. McDonald likened it to varnished oak church pews while Van Deventer said it was similar to Jack Tarr “but dialled down a notch”. Lovely long spicy finish.

Sailor Jerry Spiced Spirit Aperitif: Light buttery oak with touches of cola and spice apparent. McDonald found cardamom while Van Deventer said it was like baked apple pie. Gentle, subtle and soft. Will appeal to a broad audience and also work well as a cocktail base.

Ed’s Choice – Don Papa Sherry Cask: A hands-down crowd favourite with the creamy, pecan nuts and dusky highlights from its time in Sherry cask simply adding to its appeal. Dowling summed it up when he said that it was almost like a sherry cask finished whisky. Lovely dry, fiery spirit and is best appreciated on its own rather than mixed.

Havana Club 7 Añejo: Delightful buttery honeycomb, toffee and even maple syrup flavour. Furthermore there are notes of cocoa and tobacco leaf, cigar box and cedar. Lovely tropical hints too, along with a long creamy, complex finish.

Bacardi 8 Años:  The famous rum house’s premium release, aged for a minimum of eight years – and with some older rums blended in too. Fresh, perfumed with oak spiciness and typical raisin, dried plum and dates with gentle cinnamon and caramel sweetness. Subtle smokiness but balanced and mellow. 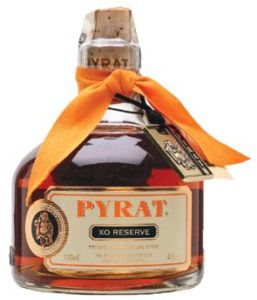 Inverroche 7-Year-Old African Blackstrap Spirit: Smoky mint humbug and eucalyptus nuance to a somewhat medicinal nose and palate. Missing a sweet, caramel or molasses typicity. It’s a “love it or hate it” spirit, almost like whiskies from Islay which display exceedingly peaty characteristics. Not everyone will like it – but some will. 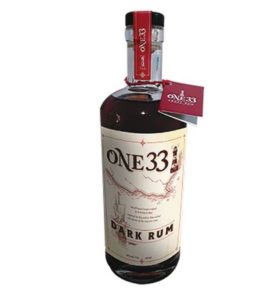 Panel Choice – One 33 Dark Rum:  Made in St Francis on the Cape South Coast, this was an impressive spirit. Fudge, sweet toffee with a peppery edge to the bright spiciness overall in the mouth. Lovely warmth and balance. Really delivers!