LIKE THE CHARACTER IN GEORGE ORWELL’S NOVEL ANIMAL FARM, NOT ALL BEERS ARE EQUAL. SOME ARE MORE EQUAL THAN OTHERS – AS LUCY CORNE WRITES. 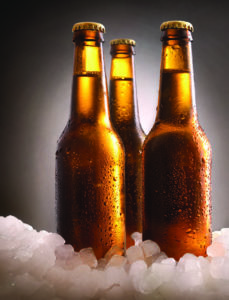 When lockdown – and the associated alcohol ban – was announced in March, South Africans were caught somewhat unprepared when it came to laying in supplies. Initial thoughts were on essential groceries and food stocks. (And for some folks toilet paper appeared to be an issue…) With beer being my passion, for me there was only one beverage I deemed essential: pilsner.

As the weeks dragged on, I wondered if I might eventually get fed up of drinking the same beer
every day, but each afternoon I looked forward to a cold one. With lockdown levels gradually being relaxed but lasting longer than anticipated, and with my stock long-since depleted, I wondered if I would still be eager to get my hands on another bottle. Or would I want something different?

There is something special about an expertly-crafted pilsner. It’s a hugely quaffable beer that is
great as an all-day thirst quencher, but which has enough complexity to work well as a pairing for anything from a delicate seafood platter to roast chicken or lightly spiced Thai snacks. In its land of origin, it is even served with heartier fare, such as beef goulash or roast pork with dumplings.

THE BIRTH OF A STYLE

Pilsner was born in the Bohemian town of Plzeň, now a part of the Czech Republic. Beer production here has a long pedigree, kicking off with burgher brewers back in medieval times. 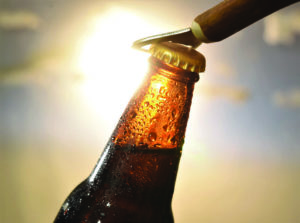 Those with a licence could brew and sell from their homes, but quality was hit or miss and by the 19th century the beer-drinking public was tired of having to pour their newly-bought beer straight down the chamber pot. Legend has it that in 1838, Plzeň’s citizens had had enough and in a bold statement to half-hearted brewers, they collectively dumped out 36 barrels of sub-par ale into the square for all to see.

Shortly afterwards they joined together to start a brewery: all they needed was an accomplished
brewer, and for this they looked to their beer-loving neighbour to the west: Bavaria. Bavaria had
become known for their crisp beers, aged in caves in a process known as lagering, and Plzeň wanted to replicate these “lagers” rather than the heavier ales they were then used to. Enter Josef Groll, a Bavarian brewer with a suitcase full of appropriated lager yeast, and a head full of Bavarian brewing knowledge.

This knowledge – and yeast – he married with the soft water of Plzeň and some new malting
knowhow developed in England, which allowed for paler malts than the beer world had been used to. The result was remarkable: a crisp, bright beer with a golden hue that would have had influencers of the time rushing for their daguerreotype to capture the moment on film.

The first golden lager beer was – and still is – superb. It was named, as is often the case with Czech beers, for the city in which it was brewed and has become known globally as the original pilsner – or Pilsner Urquell.

If you visit other Czech cities, you’ll find the word “pilsner” conspicuously absent from beer menus – it is reserved solely for the original. But throughout the rest of the world, the term pilsner is thrown around and often misused. Over the years, the words “pilsner” and “lager” have become largely interchangeable, at least among big beer marketing teams.

PILSNER OR LAGER?
It is here that things become a little confusing. You see, a pilsner is a lager, but not all lagers are
pilsners. Let’s set aside for now the fact that a lager can be anything from pale yellow to deep brown, or that it can range from 2% ABV up to 15% and beyond. What most people picture when they think of a lager is the pale lager: a clear, yellow-gold beer that’s fairly muted in flavour. It is in fact the biggest-selling beer style in the world.

The word lager comes from the German word lagern, meaning “to store”’. Once fermentation is
complete, lagers are stored at cool temperatures for a period of two weeks to several months to create subtle, mellow flavours. Since pilsners are matured using the lagering process, and they use a “lager yeast”, then they are indeed a type of lager. So what is the difference between a pilsner and a pale lager?

It largely comes down to the ingredients – and of course the flavours they create. Pale lagers
very often use adjuncts – alternative sugar sources such as rice or maize – alongside malted barley. A true pilsner should be an all-malt beer, with a grainy or bready flavour. This malt sweetness is offset by a spicy hop bitterness, providing the perfect balance that is the hallmark
of a great pilsner. Although not unmanageably so, the pilsner is more bitter than a standard pale lager, its palate-cleansing finish being a major factor in making it such a drinkable style.

Even within the genre, there are variations. Generally, pilsners are split into two distinct groups
– Czech and German. The Czech pilsner is a little richer and more full-bodied, with a more pronounced bready malt character. The German version – often abbreviated to pils, apparently in deference to the original – is drier, paler and can have a higher perceived bitterness. Both use malt and hops from their respective homelands, giving them a sense of terroir and while this can
make them tricky to replicate, many South African breweries invest in imported ingredients to try and recreate the European originals.

Although there are dozens of beer styles to be found around South Africa, my first post-prohibition shipment will include a case or two of crisp and brilliantly balanced pilsner.